The Argentinian-born, UK-based artist Claudia Fontes has been chosen to represent Argentina at the upcoming Venice Biennale (13 May-26 November). She shot to national fame in 2010 with Reconstrucción del Retrato de Pablo Míguez (reconstruction of the portrait of Pablo Míguez), a steel statue of a boy mounted on an underwater framework that floats in the Río de la Plata in Buenos Aires.

Míguez was one of the desaparecidos—those kidnapped and murdered by the Argentinian military government in the 1970s. The victims included 500 children. It is believed the boy, like many others, may have been handcuffed and then dropped into the river to drown.

Last October, Fontes returned to the same theme with a work in which schoolchildren gathered at the Parque de la Memoria, a memorial park to the victims of the military regime, in a performance devised to mimic the way flocks of birds form and move, which touched on ideas of self-organisation, leadership and collective memory.

In Venice, she will present a sculpture of a five-metre-high horse. Speaking about the project she said: “When humans forged the iron to put horseshoes on the horse and placed a plough behind it to sow and harvest… a historical process began for both species that is evidently unsustainable and fatal. To follow this course it was necessary to create frontiers of all types: between one territory and another, between one species and another, between nature and culture… the challenge we now face is to dismantle these frontiers.” 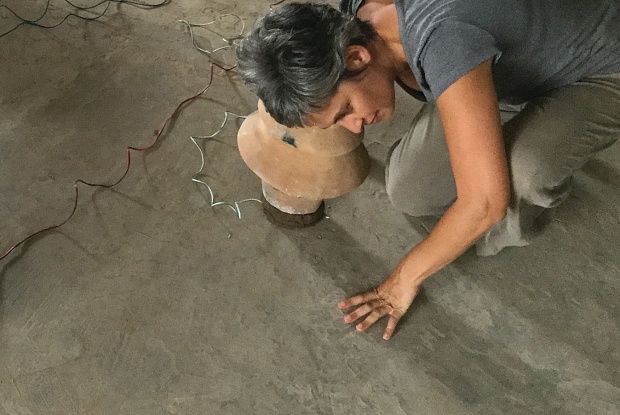