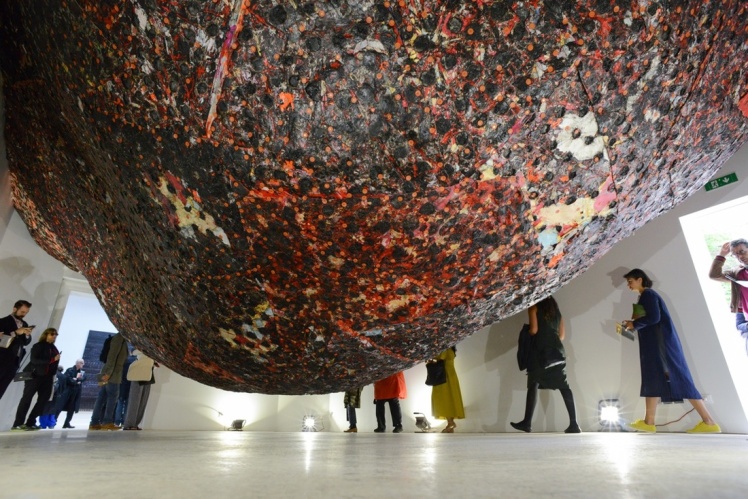 Litter covers gravel outside of the Palladian-style building that has housed the U.S. pavilion since 1930. This unkempt atmosphere, of course, is intentional, and introduces Mark Bradford’s bold takeover of the stately space, which he has transformed into a ruin.

The otherwise resplendently clean and white walls of the building’s central rotunda are now peeling and covered in splotches of grey that look like bruises. In another gallery, the ceiling seems to have given out, a bulbous, scarred mass emerging from it. Titled Spoiled Foot (2016), it’s one of the Los Angeles-based Bradford’s most ambitious and arresting works to date. Visitors are invited to walk around and touch its rough red and black surface, which is covered in indentations resembling lesions.

Like much of Bradford’s work, the installation addresses the discrimination and violence against black, gay, and other marginalized bodies. But in a space that represents the United States—where prejudice towards minorities is often bolstered by federal legislation—the political message of his practice is powerfully amplified.