Agnes Martin on How to Be an Artist 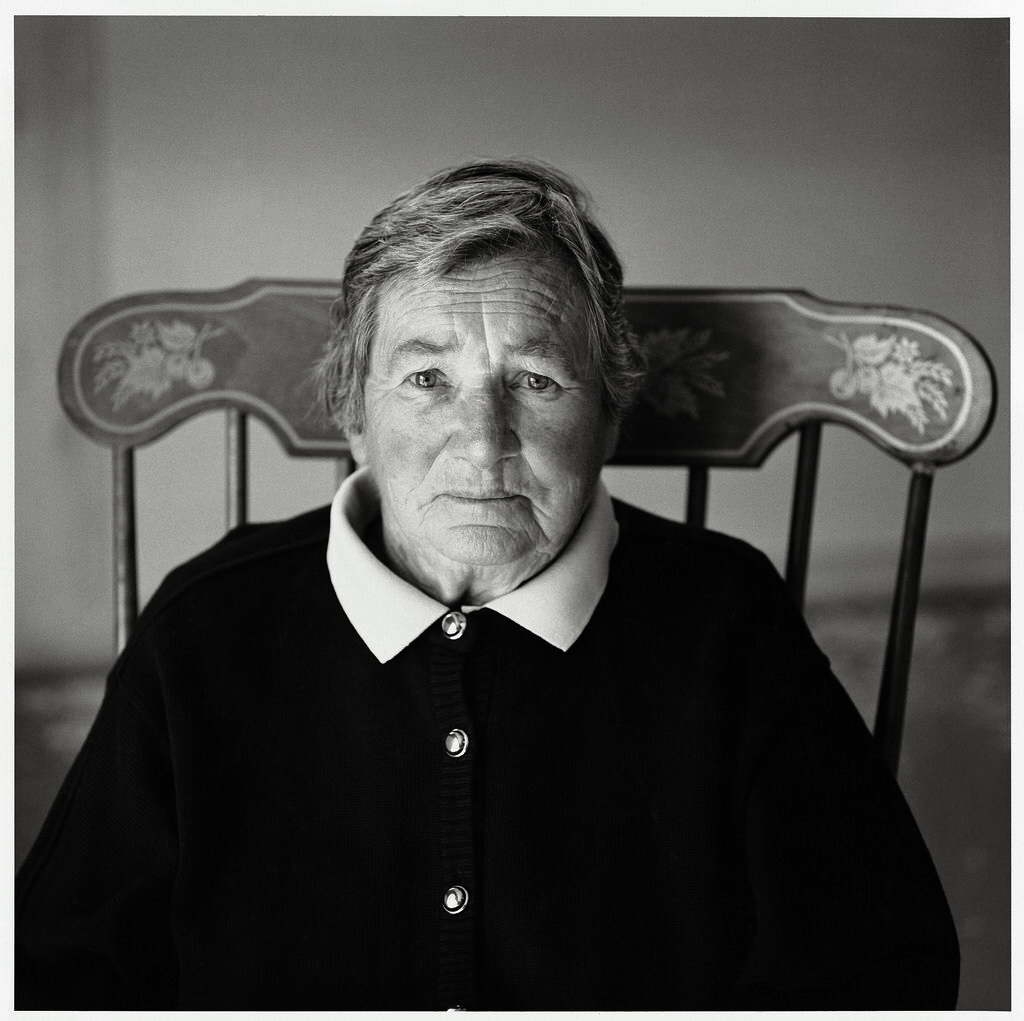 led her life with a positive outlook. “I believe in living above the line,” she said in a 2002 interview, two years before her death. “Above the line is happiness and love.…Below the line is all sadness and destruction and unhappiness. And I don’t go down below the line for anything.”

Martin, who was born in Saskatchewan, Canada, in 1912, went on to become one of the most pioneering and beloved artists of the 20th century. While she lived and worked in New York City at the beginning of her career, in the 1950s and ’60s, she credited much of her inspiration to her escape from the art world hub and its many pressures. In 1967, she abruptly left Manhattan—where her work had gained acclaim from the influential likes of gallerist Betty Parsons and painter
Sol LeWitt

—and moved to the remote countryside of Taos, New Mexico.

It was there, far from the opinions of critics, that Martin found happiness and made her most iconic paintings: angular compositions built from soft, luminous colors and lively arrangements of lines. Her works—at once tranquil, joyous, and transcendent—were inspired by her hermetic life, the desert landscape, and the Taoist ideals of balance and harmony she espoused.
While Martin led a mostly solitary existence, she did give numerous interviews and lectures over the years and left behind writing, including her famous 1987 essay, “Beauty is the Mystery of Life.” Together, these texts offer a glimpse into the ideas and rituals Martin lived by, and the inspirations that fed her prolific practice. Below, we highlight several words of advice on how to be an artist from the reclusive, revolutionary Minimalist. 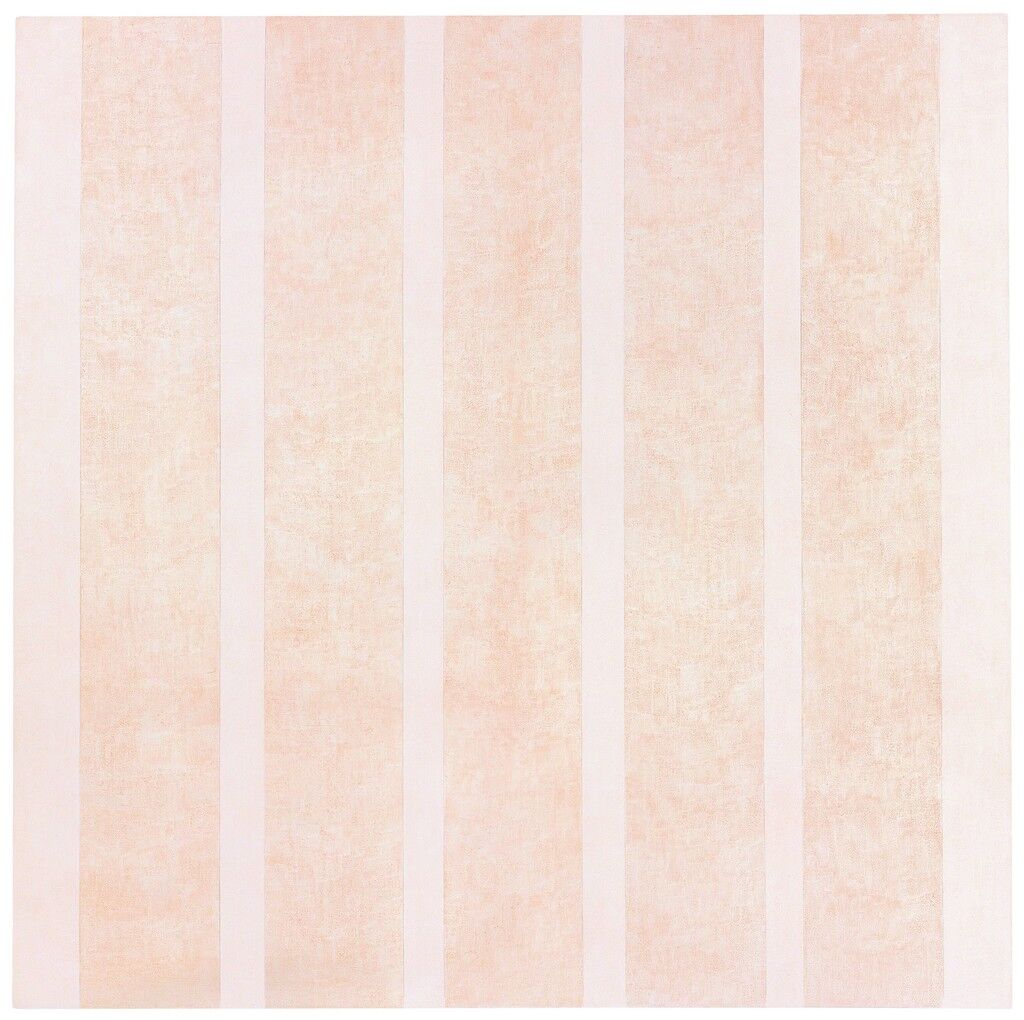 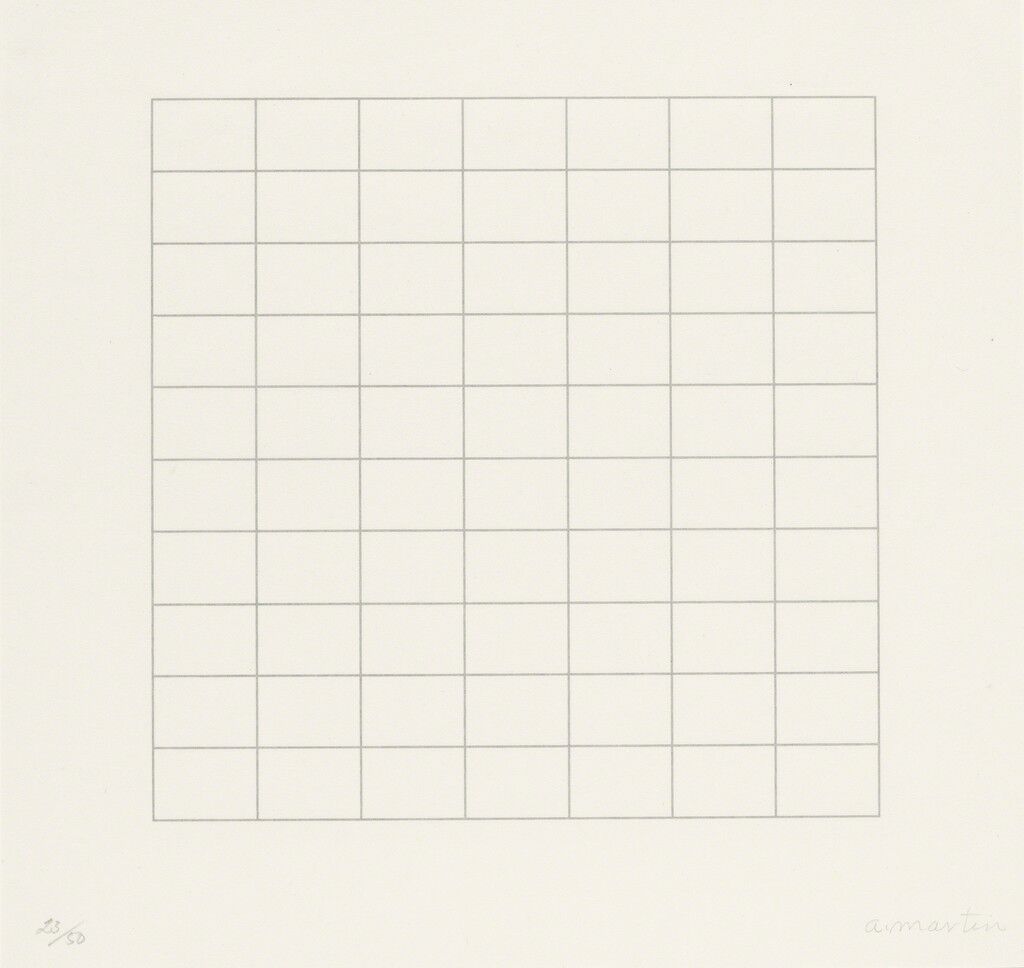 Agnes Martin
On A Clear Day, 1973
«Agnes Martin» at Tate Modern, London (2015)
Martin came of age in New York (she studied at Columbia University) during a time when artists began to achieve celebrity status.
Abstract Expressionist painters likeJackson Pollock were making national news and puffing their chests in boys-club hangouts like Greenwich Village’s Cedar Tavern. Martin didn’t want anything to do with this scene, repelled by the big egos she saw ballooning within it.
“The worst thing you can think about when you’re working is yourself,” an 85-year-old Martin said in a 1997 interview with Chuck Smith and Sono Kuwayama. For her, moving to New Mexico meant escaping to a place where she could focus on her work, rather than become caught up in thoughts of fame. “I have sometimes, in my mind, put myself ahead of my work and have suffered in consequence,” she once wrote. “I thought me, meand I suffered and the work suffered and for that I suffered more.”
In a 1976 interview with art critic John Gruen , Martin connected the concept of artist’s ego to pride—naming both as nemeses to creativity and happiness. “It’s pride and fear that covers the mind. Pride blinds you.…It never leaves anything untouched…boosting up your ego, making all kinds of excuses for you.” In the same statement, Martin notes that while it takes time and great effort “to turn against pride and get rid of it entirely,” the process is necessary in order find clarity and make meaningful work.

2. Resist comparing yourself to other artists 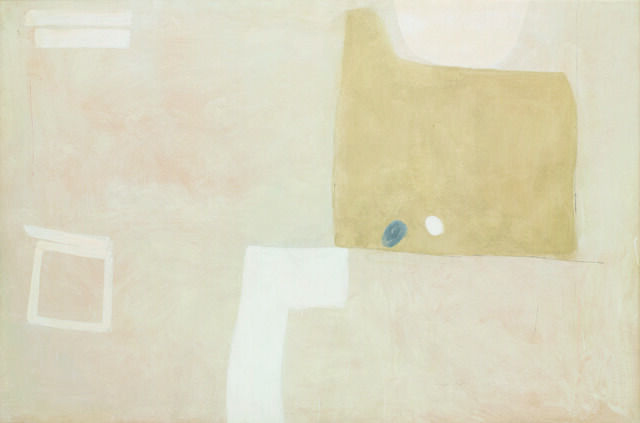 Agnes Martin
Untitled, ca. 1957
«Agnes Martin» at Guggenheim Museum, New York
While Martin befriended artists like LeWitt, Anne Truitt, and Ad Reinhardt
during her New York days, she also emphasized the importance of avoiding comparisons between artistic practices and bodies of work. “If Picasso crosses your mind while you’re painting, it’s all over,” she once told her longtime gallerist, Arne Glimcher.
Martin also believed that comparing an artist’s work to that of others would only hinder their ability to produce original, creative work. She emphasized that an artist should keep creating their own work and forging their own path. “I don’t believe in influence,” she explained to Gruen. “I think that in order to be an artist, you have to move. When you stop moving, then you’re no longer an artist. I think that everyone is on his own line. I think that after you’ve made one step, the next step reveals itself.”

3. Make your studio a sanctuary for inspiration 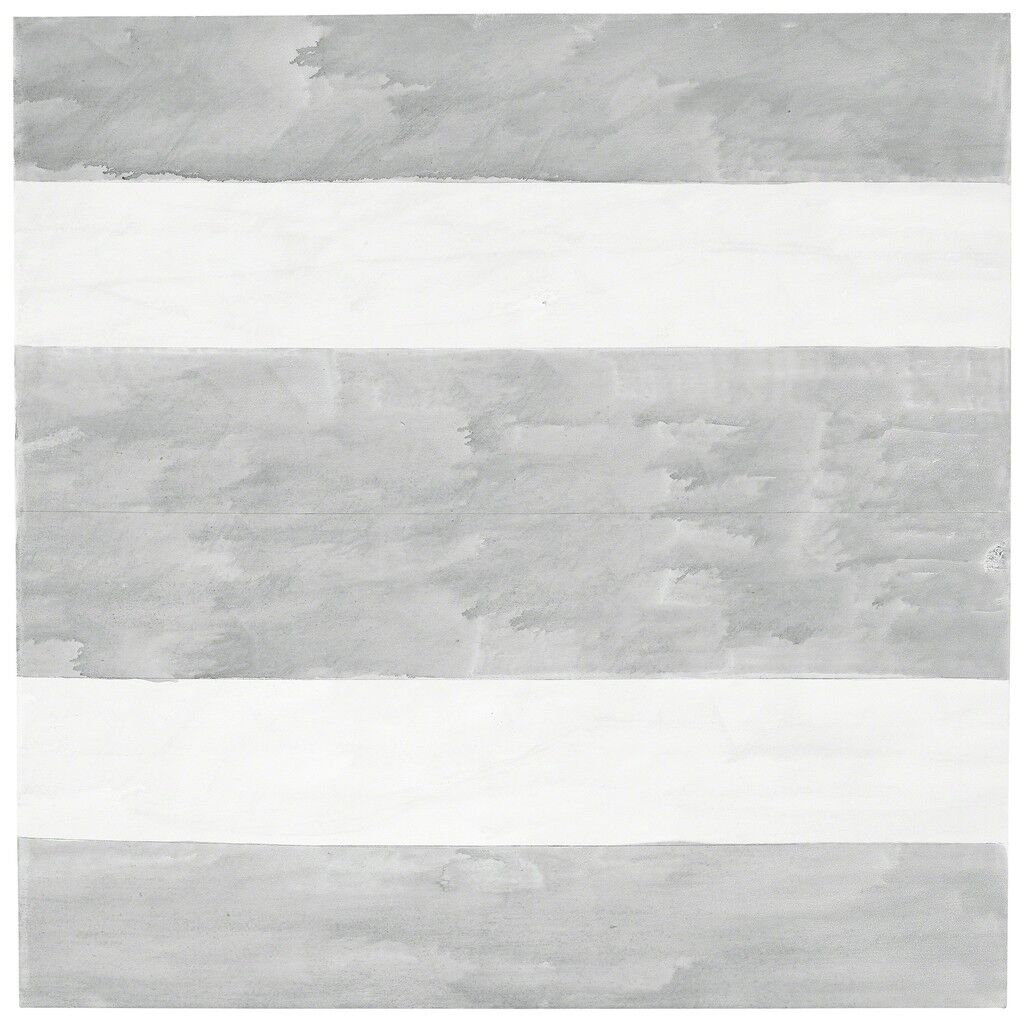 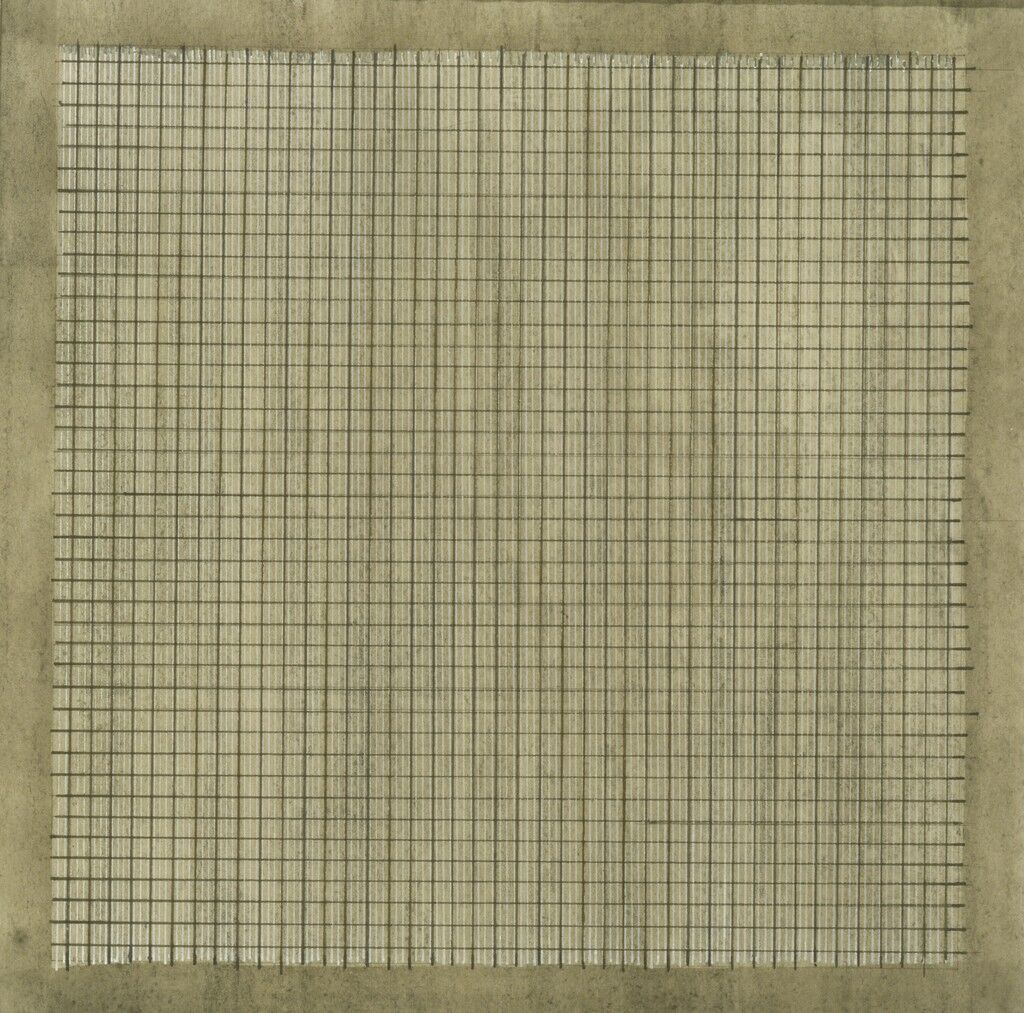 Agnes Martin
Wood 1, 1965
Private Collection, New York
During her early years in New York, Martin settled in a bustling, dilapidated labyrinth of studios known as Coenties Slip, where she lived alongside Jasper Johns and Ellsworth Kelly. But she soon realized the highly social, chaotic environment wasn’t conducive to her practice—and before long, she relocated to a serene studio in the New Mexican desert.
“A studio is not a place in which to talk to friends. You will hate your friends if they destroy the atmosphere of your studio,” she later wrote in a handwritten note. “It is almost hopeless to expect clarity of mind. It is hopeless if your studio atmosphere cannot be preserved.”
So, Martin allowed few visitors into her studio. “The best things in life happen to you when you’re alone,” she explained to Smith and Kuwayama. Decades earlier, she’d said to Gruen: “If you live by perception, as all artists must, then you sometimes have to wait a long time for your mind to tell you the next step to take.…When you’re with other people, your mind isn’t your own.”
Tidiness and organization were also paramount for Martin, reflecting her commitment to and respect for the work. “You must clean and arrange your studio in a way that will forward a quiet state of mind,” she explained. “This cautious care of atmosphere is really needed to show respect for the work.”

4. Cultivate happiness—work will flow from it

Agnes Martin
Paintings and Drawings 1974-1990, 1991
Phillips
Martin believed her best work came from a well of personal happiness, which she discussed extensively. “The goal of life is happiness and to respond to life as though it were perfect is the way to happiness,” she explained in a 1987 lecture at the Skowhegan School of Painting and Sculpture. “It is also the way to positive artwork.”
When hunting for inspiration, she told the artists, ask yourself: “What kind of happiness do I feel with this music or this picture?” The answer, she suggested, could be a springboard for their work, and lead to better understanding of oneself. “Make happiness your goal,” she continued. “Say to yourself: ‘What do I like and what do I want…’Ask your mind for inspiration about everything.”
For Martin, concepts of happiness and beauty were interconnected. One fed the other, and both provided fodder for her work. “Beauty illustrates happiness; the wind in the grass, the glistening waves following each other, the flight of birds, all speak of happiness,” she continued. “The clear blue sky illustrates a different kind of happiness and soft dark night a different kind.”
It was through observation of the world’s natural beauty—and the feelings of happiness and serenity it inspired—that Martin was able to paint. “When I think of art, I think of beauty,” she wrote in the opening of her 1989 essay. “Beauty is the mystery of life. It is not in the eye it is in the mind. In our minds there is awareness of perfection.”